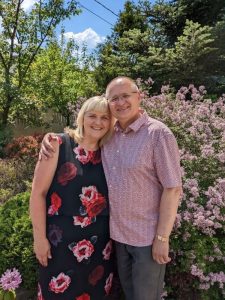 Leonid was born in 1960 in Belarus, then a part of former Soviet Union.

For ten years he served as a Head of International Relations Department of the United Church of Christians of Evangelical in Belarus. 20 years ago he became a pastor of Minsk Bethany Church. Last year, Leonid was elected as a Bishop of the United Church, a body of 500 Pentecostal churches.

He served two terms as a member of PEF Presidium as well as a member of PEM Committee. Bishop Biruk is a member of the Missions Commission of the World Assemblies of God Fellowship and Vice-President of International Assembly of Christians of Evangelical Faith.

He is married to Olga and has got 5 children and 4 grandchildren. 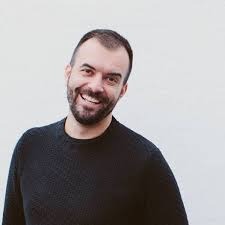 Øystein Gjerme is the senior pastor of Salt Church, a multisite church with seven locations in Norway. He also serves as National Leader for the Norwegian Pentecostal Movement. Since 2019 he is part of the PEF presidium, representing the Nordic countries. 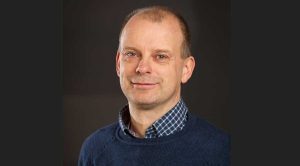 Friedhelm Holthuis is a father of three children and senior pastor of the Credo Church in Wuppertal, a congregation with 5 locations and a network of churches. He is President of BFP, the German Pentecostal Federation. And since 2022, he is the Vice-Chairman of the Pentecostal European Fellowship (PEF). An enthusiastic preacher, he is in demand as a speaker nationally and internationally. He dreams of seeing in every town and village a church where one can meet God. 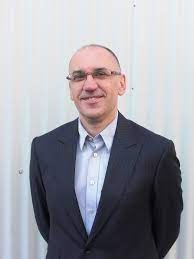 Marek Kaminski holds a PhD in theology. He has been in full time ministry since 1989 and served as the Bishop of the Pentecostal Church in Poland since 2008, Vice-Chairman of the Pentecostal European Fellowship (2016-2022) and as the current Chairman of PEF since 2022. He is married to Ewa. They havetwo sons: Ben and Noe. 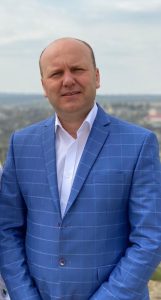 Viktor Kulyak was born in 1978. After graduation, in 1998, he spent one year in the USA with his family. In 1999, as young single man, he returned to Moldova having felt the call of God to ministry.

In 2004 he was ordained as pastor of the Emmauel Church in Sarata-Galbena, opening an elderly home, presently housing 50 people, with an extension for another 88 people.

The same church also runs a center for disabled young orphans, a bakery for needy people and an after school feeding program for children from poor families, and was able to plant 7 new churches.

Victor serves as assistant Bishop and national youth leader in the Pentecostal Union of Moldova. 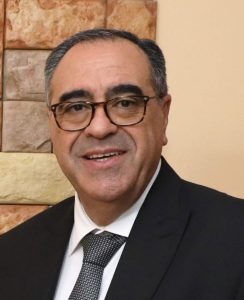 Gaetano Montante (Italy) is married to Zina and they have two married daughters. Gaetano has served as Senior Pastor in Italian AG churches in Calabria (Isola Capo Rizzuto & Crotone) and Sicily (S. Elisabetta & Raffadali) for a total of 40 years. He served as Director of Evangel Radio in Calabria and Sicily and Chairman of ADI-AID (humanitarian arm). His current ministry roles include: Lecturer at the Italian Bible Institute (IBI) since 1990, Chairman of IBI, ADI-MEDIA. He has served as the President and Legal Representative of the Assemblies of God of Italy (ADI) since 2019. 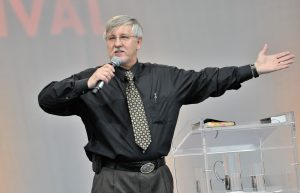 Siegfried Tomazsewski is an international evangelist, founder and president of “Calling Ministry”, president of Mission Services, Inc, and C.E.O. of “One God – One Day – One Africa” (1GDA) as well as executive director of the Global Evangelist Alliance (GEA).

Born in Germany, after leaving his secular job in management, Siegfried worked alongside Evangelist Reinhard Bonnke as European Director of Christ for all Nations (CfaN) for 18 years (starting in 1994). He has preached at large evangelistic campaigns, taught at CfaN Fire Conferences, ministered in churches around the world and has established and founded ministries under Evangelist Bonnke’s leadership.

As a young minister, he ministered as a youth pastor and elder in a growing church in the south of Germany for many years. Later he was as a missionary in the United Arab Emirates.

He served as chairman of the PEC 2003 (Berlin/Germany) hosted by the PEF and served as Treasurer of the Pentecostal European Fellowship (PEF) for six years.

In 2012, he founded the international ministry “Calling Ministry”, with a special focus on Europe and North Africa with many salvations and healing testimonies.

His passion is to call people to the cross of Christ and impart to others the fire of God that is within him.

Siegfried is an author, coach, evangelist, conference/seminar speaker, Bible teacher having ministered in over 90 countries around the world and lived on 4 continents.

He has been married to Inge since 1982 and they have 4 adult children with 4 grandchildren serving the Lord in their own callings. They presently reside in Tulsa/OK (USA), with an office also in Germany.