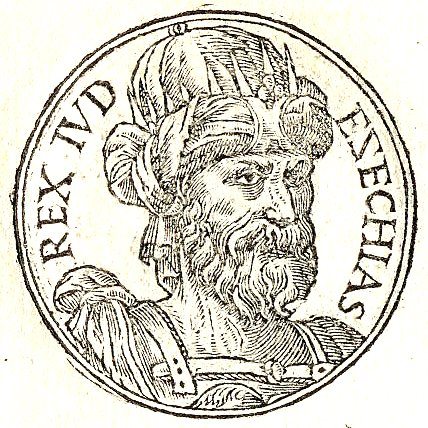 The books of Chronicles are among my favourites in the Bible. They approach history not as a succession of facts without any connection between them, but as a clear story revealing the link between people’s choices and the following consequences. Chronicles has much to teach us, even if we live in a different time and place.

After the glorious years of David and Solomon, Israel was divided in two kingdoms: Israel and Judah. Second Chronicles explains in more detail the history of the latter kingdom until its fall. Although spiritual corruption slowly crept into both kingdoms, we read that Judah enjoyed better circumstances than Israel because more kings “did what was good and right in the eyes of the Lord” (e.g. 2 Chronicles 14:2).

Let’s take a closer look at the kingdom of Judah some 200 years after Solomon, especially at what happened under the reigns of three different kings – Jotham (2 Chronicles 27), his son Ahaz (2 Chronicles 28) and finally Hezekiah (2 Chronicles 29).

Jotham was a godly king. Nevertheless, it is written that the people of Judah “continued their corrupt practices” (2 Chronicles 27:2). Because of Jotham’s righteousness, God granted him prosperity and military success. But when he died, his son Ahaz became king. He was probably one of the worst kings that Judah had known. It is written that “He did not do what was right in the eyes of the Lord. He… made cast idols for worshiping the Baals” and even “sacrificed his sons in the fire, following the detestable ways of the nations the Lord had driven out before the Israelites…” (2 Chronicles 28:2-4). After his death, his son Hezekiah came to power with better intentions.

Very quickly he initiated a reformation in the country. First, he undertook the restoration of the temple (which had been closed by Ahaz) and re-established the service of the priests and the Levites. After all the sacrifices had been offered, he then began purifying Jerusalem and the whole nation of Judah from the pagan idols. Contrary to Jotham’s time, “Hezekiah and all the people rejoiced at what God had brought about for his people, because it was done so quickly” (2 Chronicles 29:36). My Bible in Italian (Nuova Riveduta) translates that they “rejoiced because God had well disposed the people”.

What can we learn today about those times? There is much to unfold, but I would like to especially emphasize the following points:

As 2017 starts with much uncertainty, God stays the same. Whatever the circumstances can be, He is still able to perform miracles and turn back our nations to Him. Let’s walk with that assurance in our hearts.