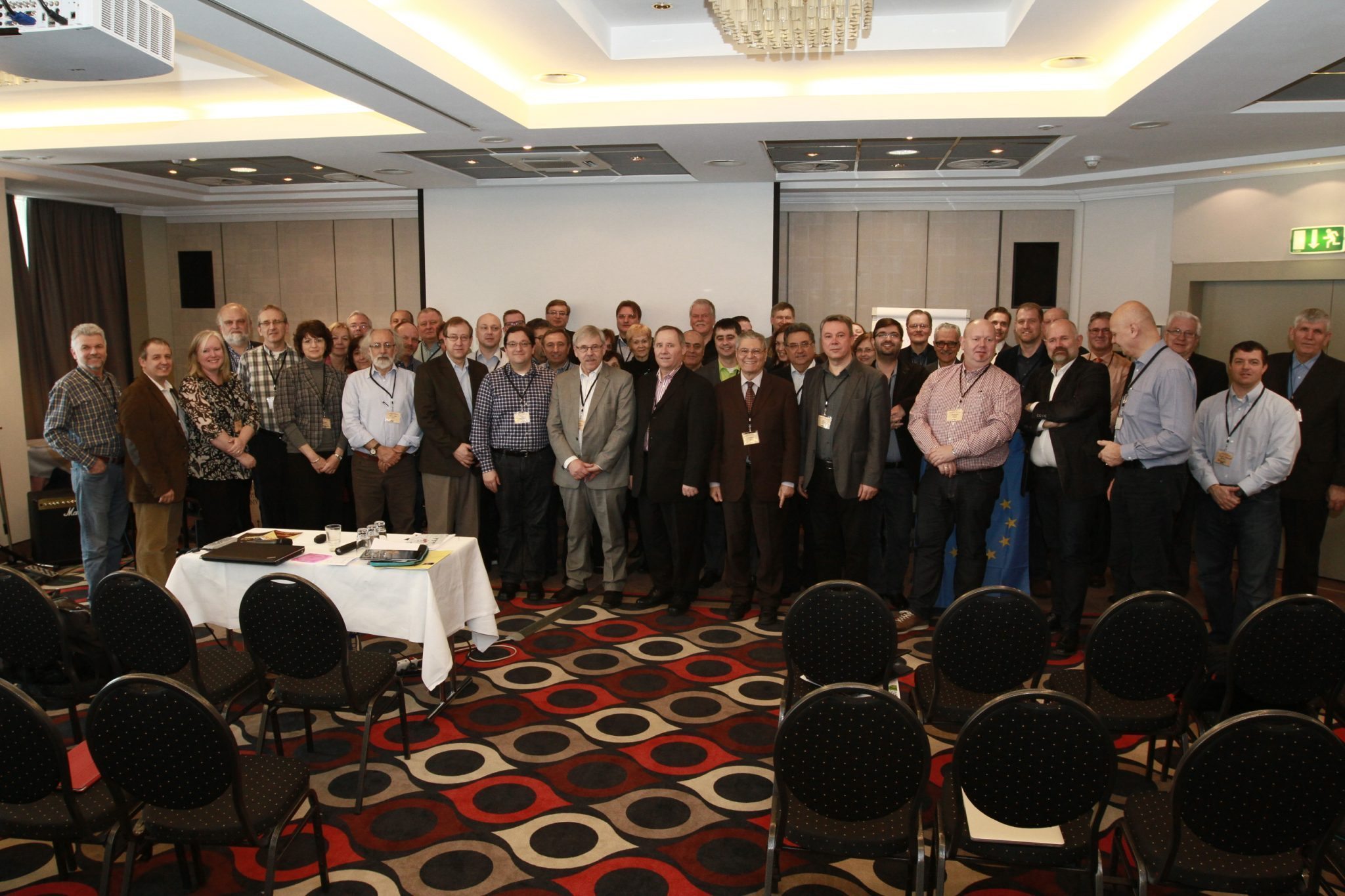 The Annual Conference of the PEF Committee took place on March 5-7, 2014 at the Leonardo Airport Hotel in Hannover (Germany).

Over 80 delegates from 26 countries, representing national member-movements of the PEF, took part in this gathering.
Johannes Justus, local pastor and president of the BFP (host movement), welcomed the Conference and encouraged the PEF to pursue God’s promises for Europe.

PEF Chairman, Dr. Arto Hämäläinen, was the keynote speaker, dealing with the apostle Paul’s approach to church-planting in 1st-century Europe.

PEF Executive Director Daniel Costanza illustrated the spiritual needs of Europe and gave a challenge to concerted action to reach our continent for Jesus.

Mrs. Perrine Dufoix (a Christian political activist in France) gave a speech on current issues related to the debate on moral values in Europe.

The PEM team led specific times of intercession for Europe, including the situation in Ukraine. An official message of solidarity was sent to Pentecostal leaders and to the government of Ukraine, on behalf of the PEF Committee.

Also, much time was given to the discussion in working groups about the PEF STRATEGY 2014+, which was officially adopted for the PEF as a document providing direction for the future.

The Annual Business of the Committee approved important decisions, including the acceptance of a new member, namely the Assemblies of Portugal, the official launch of PEF-MEDIA as a supportive ministry to PEF.

The closing session featured a message by Pastor Luis Reis (Portugal), followed by Communion and a time of corporate prayer for different needs and for a move of the Holy Spirit on today’s church in Europe and the world.

In an atmosphere of joyful celebration, many participants in this strategic conference said they were inspired to go FORWARD, UNITED AND EMPOWERED, which was the motto of the same conference.

Next year’s Conference of the PEF will take place in Amsterdam (NL) on March 4-6 in the framework of a LEADERSHIP SUMMIT called “i15”. It will be the first ever conference open to pastors and leaders from across Europe, featuring renowned speakers and ministry experts. Info: www.i15leadershipsummit.eu

PEF CHAIRMAN VISITING OUR PEF MEMBERS In the last few months, PEF Chairman has been…