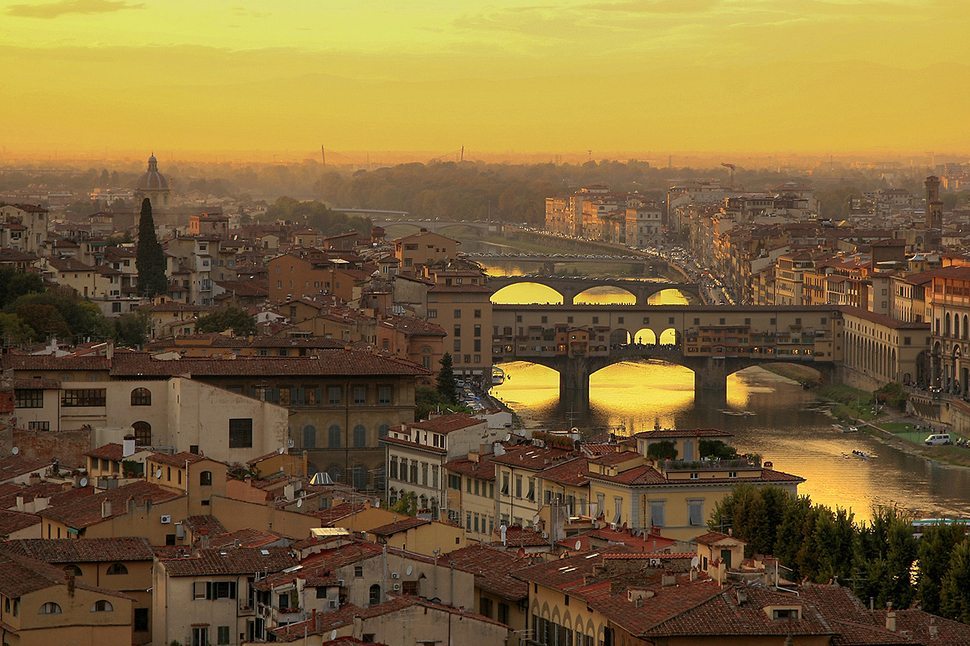 The presence of God

Some years ago, when I was still at university, I lived in a students’ house, surrounded by Erasmus students. Being Italian myself, it was natural for me to spend my evenings with my fellow countrymen. Each evening, we gathered around the big kitchen table where we had dinner and long conversations until late at night. I still remember a conversation about a city. Since I don’t remember which one it was, let’s assume it was Firenze (Florence).

From my side, I had never visited the city of Dante as most of my trips to Italy were limited to Apulia to visit my relatives. The best I could say was that I had been able to drive the ring road once, but that didn’t allow me to say that I had already seen the city. However, I knew pictures from books or television programs. I could say that I knew about Ponte Vecchio, even though I had never seen it with my own eyes. Nevertheless, it was easy to realise that those who had visited the city, or even lived there for a while, were the ones who could testify about its character. The words they could use to describe its beauty were much more alive than mine.

The goal of our prayers

The Lord brought this experience back to me just a while ago, as I was seeking to listen to His voice. Sometimes I can seek His face in order to get an answer to a problem that I face, or even to know which direction to follow in our family or our ministry. Even though this last point can seem nobler than the first (or less selfish), the fact remains that I can easily forget the real objective, which should be to seek His presence in my heart.

For a while now I’ve started again to seek His presence primarily. I wouldn’t say that I had forgotten to do it before, but sometimes the multiplication of activities and difficulties we face can subtly change the objective of our prayer times. They become a search for His solution rather than for His presence. Reading the Bible, working for His kingdom, praying, fasting or even worshipping, without first seeking to enter into the presence of God, could be likened to driving the ring road of a city without entering in. Christian life outside the presence of God can have exactly the same elements as a life in His presence, but it will just lack the power of the Holy Spirit.

How to enter and stay in the city centre?

If we can’t assert that we have seen a city without at least having walked once in the city centre, visited a museum or sat on the terrace of a café, neither can we claim to live in the power of the gospel without entering the presence of God. We can feel the character of a city by spending a bit of time in its centre. In the same way, we can also know the character of God if we stay in His heart. But how can we reach this presence? Which way should we take to get there? Prophet Isaiah phrased it like this:

“This is what the Sovereign Lord, the Holy One of Israel, says: ‘In repentance and rest is your salvation, in quietness and trust is your strength, but you would have none of it. You said, ‘No, we will flee on horses.’”

I remember having received this verse from my aunt at the very beginning of my walk with Jesus – just before a session of exams. This verse taught me the way to follow to reach and stay in the presence of God in all circumstances. Reaching stillness in our hearts is not merely an exercise of trying to empty ourselves (such as practised in some martial arts). It’s about changing our focus, moving away from our own person or our own circumstances in order to consciously turn our eyes toward the Father. Then the rest in our hearts becomes a reality. Jesus Himself needed to constantly turn His eyes to the Father and go to the secret place, so that the Holy Spirit could move fully in His public ministry. When we stay in this resting place, the Holy Spirit is able to move powerfully in our lives, and through them, in our activities.