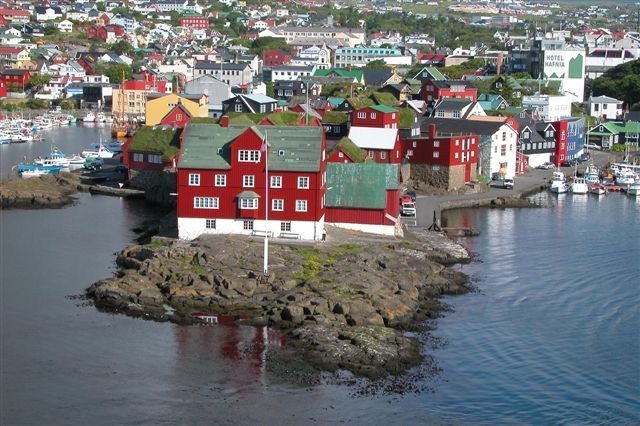 Last Tuesday, the 26th of April, the Parliament of the Faroe Islands voted a law legalising homosexual marriage, with a majority of 19 against 14. This archipelago, with a population of about 50 000 people, was the last Nordic territory to adopt this law. The various calls to prayer launched with the hope to see this proposal rejected didn’t produce the expected answer. Christians can feel frustrated when faced with what seems to be a setback for God’s kingdom in Europe. But it is perhaps also an opportunity to ask ourselves the right questions. How do we tackle this topic? What is the real root of the problem? Why should we defend marriage as being the union of a man and a woman? How can we still promote Christian values in this postmodern society?

The relationship between Europe and Christianity has been somewhat similar to the one of the prodigal son and his father. For centuries, Europe has been influenced by traditional Christianity. Even if it was far from being perfect, the notion of a Creator of the universe, the earth, and everything in it, human beings included, was never discussed. Among other things, the role of man and woman and the value of marriage were understood according to the Biblical model. From the Enlightenment on, however, the situation changed. A collective faith in the God of Christianity progressively gave way to philosophies denying God’s existence. Nowadays postmodern Europe no longer has this common faith.

Just before his death, Moses had been warned by God that Israel was going to reject Him. He then pronounced the words of this song:

But Jeshurun (Israel) grew fat, and kicked. You have grown fat. You have grown thick. You have become sleek. Then he forsook God who made him, and lightly esteemed the Rock of his salvation. They moved him to jealousy with strange gods. They provoked him to anger with abominations. They sacrificed to demons, not God, to gods that they didn’t know, to new gods that came up recently, which your fathers didn’t dread. Of the Rock who became your father, you are unmindful, and have forgotten God who gave you birth. (Deuteronomy 32:15-18 – World English Bible)

Israel had been saved from slavery and became a rich and powerful nation. However, this coincided with a progressive abandonment of the worship of the One who had allowed everything. As a consequence, Israel started to worship other gods and to adopt the philosophical ways of their neighbours as well .

Seeking to understand the pre-eminence of the West over the rest of the world, the Chinese Academy of the Social Sciences concluded this:

We have realised that the heart of your culture was your religion: Christianity. The Christian moral foundation of social and cultural life was what made possible the emergence of capitalism and then the successful transition to democratic politics. We don’t have any doubt about this.

As was with Israel, today’s Europe denies what made its strength. The reference point is no longer God but the ego. If the Christian logic promoted a certain sense of community, the actual secular logic places the will of the individual at the centre. In this secular context, adultery, homosexuality or even changing sex can’t be considered as wrong, if this is what the parties involved desire.

While thinking about the consequences of such changes in European society, I wondered which role the Church could still play today.

We should learn to tackle the problem directly at the root, especially by seeking to promote the blessings of a society with strong family values.

And then, just as the prodigal son was in a disastrous condition and remembered his well-being in the house of the father, our role is also to pray so that the Spirit of God would awaken the nostalgia of those Christian values, and of course of God who is the only true source of Europe’s prosperity.

* Picture above: Tinganes – Seat of the Faroese parliament