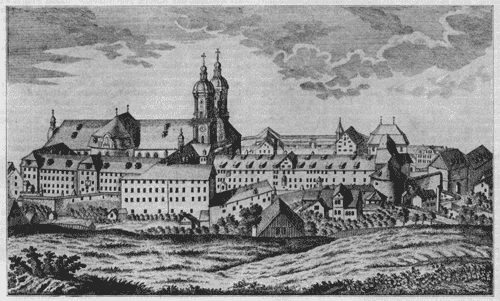 All throughout history, the Church’s primary calling has been to apply Jesus’ command: To love God and to love our neighbors as ourselves. This has given way to numerous expressions of community, all adapted to their own era, aiming to be places of applying Jesus’ command.

From the fall of the Roman Empire (4th – 5th century AD) until the period between the Reformation and the Industrial Revolution (16th – 18th century AD), monasteries were the best expressions of Christian community life. They started most probably in Egypt with Anthony. Later (around the 5th century AD), Patrick founded Celtic monasticism in Ireland. Still later, many monks walked through the British Isles and the continent to found new monasteries (such as Gallen in Switzerland – see picture). In Western Catholic Europe and Eastern Orthodox Europe, monasteries became the building blocks of cities and places of shelter during the unstable Middle Ages. They were places of prayer, community, care and study.

The Industrial Revolution brought a dramatic change to our societies. People no longer lived around monasteries but became workers in factories. The Church then faced a challenge to reach out in new ways. John Wesley’s speeches to the crowds walking back home from their workplaces brought many to faith. New communities were formed, such as the Methodist Church. This is where Sunday schools were created. Today’s church services are still mostly inspired from that time. The Pentecostal movement was a later key from God to the Church to reach workers. Yet now this era is slowly coming to an end.

Last week, as I was watching a live conference on modern economics through the Internet, I realised how our society is shifting to the digital era. Actually the very fact that I could follow the event online was a sign of that shift. Speakers said that today more and more people work from home, in projects or are self-employed instead of being employed by the same company for their whole career. But as the panel focused on economics, I began to ponder the social consequences of such a shift. The British Rabbi, Jonathan Sacks once said:

The consumer society was laid down by the late Steve Jobs coming down the mountain with two tablets, iPad one and iPad two, and the result is that we now have a culture of iPod, iPhone, iTune, i, i, i. When you’re an individualist, egocentric culture and you only care about ‘I’, you don’t do terribly well.

While new technology offers a new way of working, it can also transform our society. It tends to make our relationships more superficial and transient. Is there a way for Christians to use modern technology to apply Jesus’ command of love and community?

Although the digital era is a serious challenge for the Church, it also offers amazing opportunities. It is far easier today to keep a relationship alive even with a geographical distance than it used to be only 20 years ago. Elina and I have enjoyed these possibilities in our ministry. We can connect regularly with European leaders of 24-7 prayer or with our friends from the Schuman Centre for European Studies in the same Skype call. We can share about our lives and ministries and also pray together. PEF also has the wonderful opportunity to connect each Monday morning for a prayer hour. Last November, the Europe Prayer Sunday organised in Tallinn (find the video online) was an opportunity to connect and pray with churches from across Europe. These regular connections strengthen relationships whatever the distance. Time and time again, we also realise that God is among us and that He answers our prayer (Matthew 18:19-20).

Of course the Internet will never replace the need for a local physical community, whatever its form. However, thanks to the Internet, it is now possible for the Church to be both a strong local and international community. In this digital era, the Church can be the light and counter individualism by using modern technology.