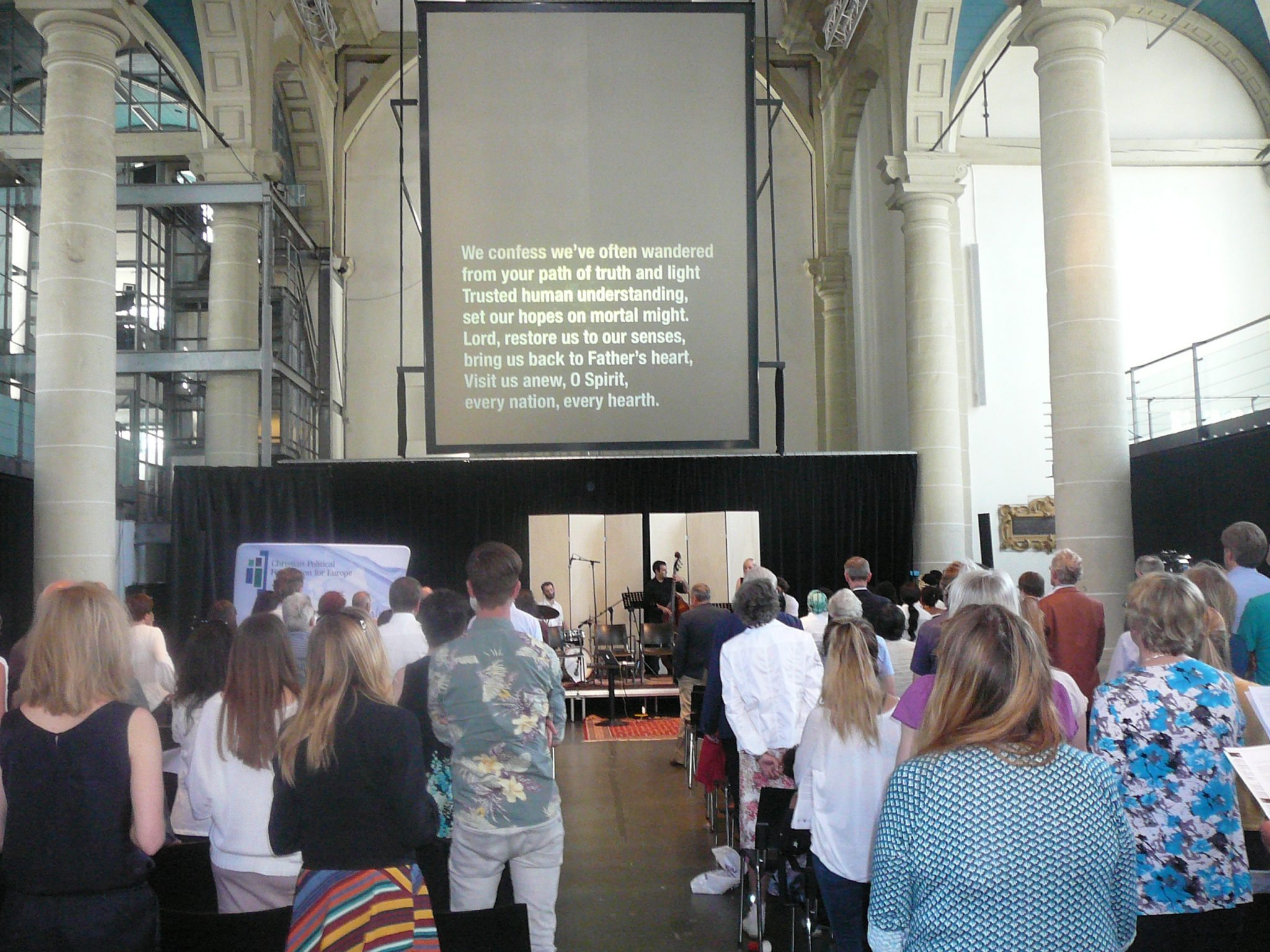 If in the next ten years we haven’t managed to give a Soul to Europe, to give it spirituality and meaning, the game will be up.

This quotation from Jacques Delors, president of the European Commission at the time, is taken from a speech to the churches – on the 14th of April 1992! In less than a year from now, this speech will be a quarter of a century old. We could conclude that unfortunately this search has not succeeded. If Mr. Delors delivered this speech to the churches, it is because he knew that this task couldn’t be accomplished simply by the European authorities. This project should be taken on by God’s people in Europe.

Many initiatives in this direction have been born since then. As an example, the 7th State of Europe Forum was held on the 9th of May in Amsterdam. The objective of this event was to gather church leaders, politicians, business people and anyone interested in Europe together. It aims to “promote a dialogue on Europe today in the light of the vision of ‘the father of Europe’ for a community of people deeply rooted in Christian values”. For indeed, even though various conspiracy theories often based on half-truths are presently rising up, the European project was deeply rooted in the Christian convictions of several founding fathers, such as Robert Schuman, Konrad Adenauer or Alcide De Gasperi. It was this desire to apply Jesus’ command to love your neighbour as yourself at an international level that motivated the European project. The economic agreements were simply meant to be tools allowing to reach this vision.

However, national and economical interests have overcome international solidarity. In this context, the various actual crises seem unsolvable. We don’t manage to find a solution for the Greek economic crisis (even though the EU has the potential to solve it). Neither do we manage to provide a united answer to the refugee crisis or to be united against the intimidations of Putin’s regime, etc.

The Bible gives us a practical case of a nation receiving a soul, meaning in other words an identity and a calling. The people of Israel, after leaving Egypt and centuries of slavery behind, reached the foot of Mount Sinai. It was on this mountain that Moses received the law. It was through this intimate relationship that Israel’s identity and calling were revealed: The identity was to be God’s elected people and the calling was to be the light in the midst of pagan nations. Sadly, the reading of the book of Judges, relating the story of Israel just after the conquest of the Promised Land, shows that they quickly forgot God and the miracles performed for them. The whole Old Testament shows us a rule of thumb:

Each time Israel sought the presence of God, she knew her identity and was able to live her calling. In the same way, each time she forgot God, her identity was lost and her calling unfulfilled.

What kind of teaching could we draw for Europe today? Mgr. Tomas Halik declared last year during the State of Europe Forum in Riga that Europe already had a soul. The challenge was not to create it but to recover it. Similarly to Israel, the Church of Europe should unite to seek God’s face for Europe. It in this   objective that PEF will organise the second Europe Prayer Sunday on the 6th of November in Tallinn (Estonia). This event will be the opportunity to gather various churches across Europe via the internet to pray together for our continent.

May this kind of event inspire the European Church to prayer, dialogue and action in order to see this continent recover its soul.

More information about the Europe Prayer Sunday will be coming up in the coming months.