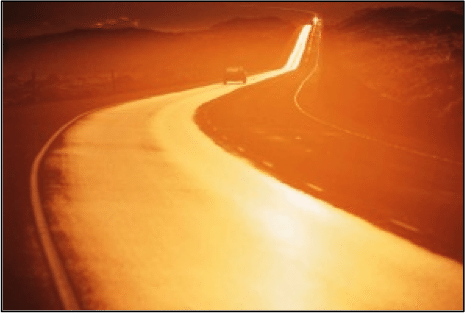 Prayer in times of grief

Isn’t it strange how something small can change everything? A phone call, perhaps, or an e-mail. In my case, it was a simple text message that I received unexpectedly while we were in Belgium. I was enjoying the company of my mother-in-law and daughters when I heard the familiar beep-beep of my phone. A few steps took me to it and I had soon read the text. It completely altered my day. I found out that my grandmother was dying. What made it awkward was that we were in Belgium to celebrate my mother-in-law’s 60th birthday, but instead of the usual birthday cheer, death cast a shadow on us.

Later that day I received the news that my dear grandmother had indeed moved to a better place. On a merely factual level, her death was even an answer to prayer. I had pleaded with God to take her home just about a week before she left us. I knew she was not in the condition to enjoy life anymore. Yet, it is strange to realise that some prayers that we pray have answers that hurt us. God’s love in us compels us to pray for others’ benefit, even when it might go against our own. Yet in the kind of pain that comes from selfless prayer, joy slowly takes over. The grief that overwhelmed me when I received the news began to give way to the joy of her being in heaven. She is no longer alone in a home for the elderly. She is now young and free from the Alzheimer that destroyed her. It was time to let go. And when it is time, the pain is worth the while. I prayed a prayer of release to God – for my own sake, not hers. I needed to give her to Him. To hand her over, somehow.

When Jesus learnt that John had been beheaded, “he withdrew by boat privately to a solitary place” (Matthew 14:13). Could it be that He needed to pray and simply digest the news of His cousin’s death? God provided me the opportunity to do so in a slightly curious way. Following my grandmother’s death, our youngest daughter suddenly had a high fever, which made it impossible for me to go to the restaurant with the rest of the family. The birthday celebration, which had been planned for months, was cancelled for me. I realised with relief, however, what God was up to. He was making space for me to mourn privately for my grandmother. He was making it possible for me to enjoy the quiet comfort of God’s company. It was therapy. In Jesus’ case, however, the crowds didn’t leave him alone. They followed Him to His hideout! Can you imagine the impact it had on Him? He probably saw the people from the distance. They were, in fact, waiting for Him on the shore! But He didn’t change His plans or send them away. We read that He “had compassion on them and healed their sick” (Matthew 14:14). Personally, I am amazed at the grace with which Jesus receives the crowds in His own time of need. And through His availability in His own vulnerability, God performs one of the most-known miracles of the gospels. Jesus multiplies the bread and the fish to meet everyone’s need.

However, I also enjoy the perhaps less celebrated ending to the story in Matthew 14:22-23. It says: “Immediately Jesus made the disciples get into the boat and go on ahead of him to the other side, while he dismissed the crowd. After he had dismissed them, he went up on a mountainside by himself to pray. Later that night, he was there alone, and the boat was already a considerable distance from land, buffeted by the waves because the wind was against it.”

Jesus doesn’t totally give up His time alone – He just postpones it. At the end of God’s great picnic, He sends His disciples ahead of Him and then dismisses the crowd. He wants solitude. Absolute aloneness. And we are left to fill in the hours that He spends with our imagination. I imagine that He draws near to God to find refreshment and comfort.

There is a time for everything: to grieve, to let go, even just to be alone. May we be people who are aware of the timing of God in our lives!